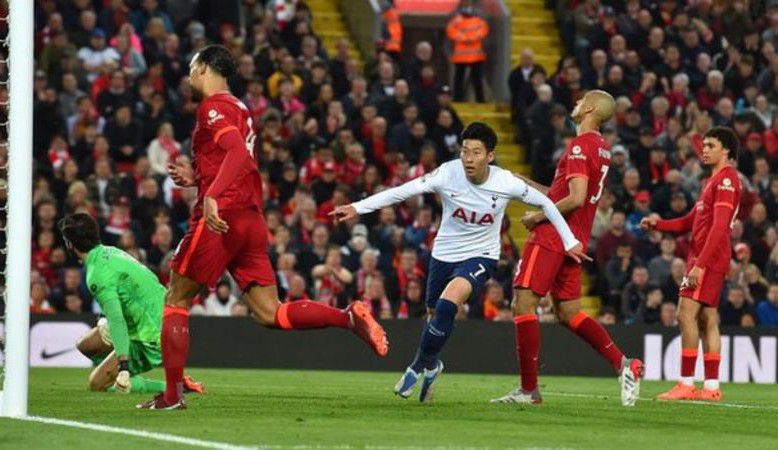 Liverpool moved top of the Premier League but dropped two precious points in the title race with Manchester City as they drew against a resilient Tottenham Hotspur side at Anfield.

link-up between Harry Kane and Ryan Sessegnon and with the Liverpool defence disorganised.

before then and it took a heavily deflected shot from Luis Diaz 16 minutes from time to draw Liverpool level and set up a grandstand finish.

break as they battled to take something from the game to aid their fight for a place in the top four.

clear with three games remaining if they defeat Newcastle United on Sunday.