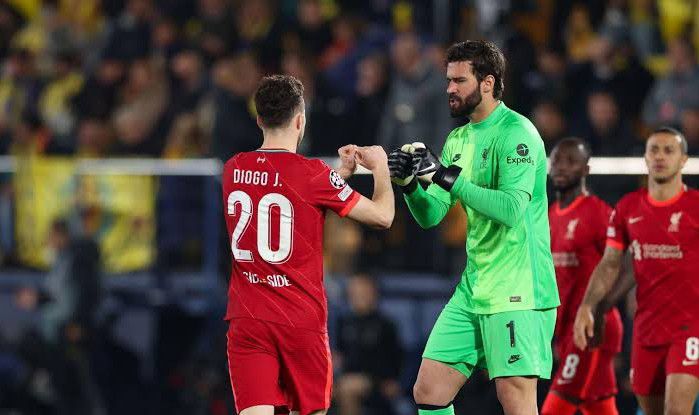 Liverpool latest injury as they are preparing for West Ham clash is Diogo Jota that has been ruled out of World Cup.

A number of Reds stars have been struck down this season and the Portuguese forward was the latest as he was taken off on a stretcher in the win over Manchester City.

Jurgen Klopp confirmed in his press conference on Tuesday that Jota faces a lengthy spell on the touchlines, keeping him out of Portugal’s World Cup squad.

“Not good news, about Diogo, he will miss the World Cup, pretty serious injury in the calf muscle.”

“The process starts from now.

“That’s it pretty much, that’s the first diagnosis, which was pretty clear.

Very sad news for the boy, for us, for Portugal, for everybody.”

“He will be out for a long time, we talk about months.

Trent Alexander-Arnold returned from an ankle injury as a substitute at the weekend and should start,

while Joel Matip will miss out against West Ham with a calf strain.

Klopp revealed that Ibrahima Konate is about ten days away from a return,

while Curtis Jones and Alex Oxlade-Chamberlain are getting closer but still need more time.

Naby Keita has not yet returned to first-team training and Luis Diaz will not be back until after the World Cup.