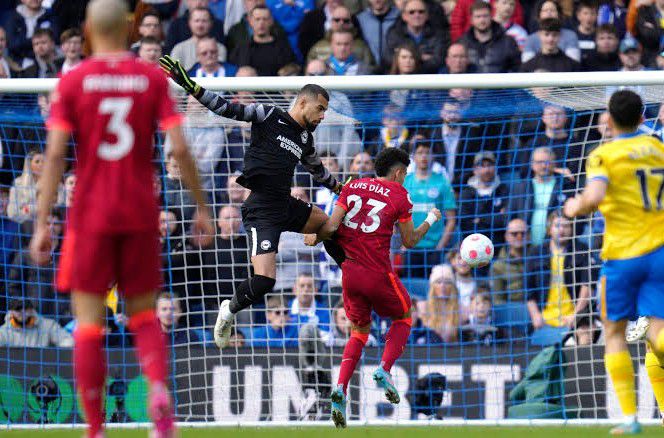 Liverpool prepare to welcome Brighton in the Premier League on Saturday. As Ibrahima Konate will undergo a late fitness test

The Frenchman has not played this season but has returned to full training in a major boost for Jurgen Klopp.

“Ibou needs training as well. Yes, back. For the weekend, [it] depends to training today but he’s back and that’s good,” said the German at Friday’s pre-match press conference.

Elsewhere, Luis Diaz, Diogo Jota and Darwin Nunez will all be checked following their international exploits but appeared to come through the break unscathed.

Trent Alexander-Arnold will be glad to be back with his club after an inactive couple of weeks.

Domestic action returns after the international break, in which Alexander-Arnold played no part for England against Italy and was then dropped

from the squad for the Germany clash, with the right-back looking increasingly likely to miss out on the World Cup.

There are no such selection issues for him at Liverpool, but on the opposite side of the pitch Andy Robertson is still be out, with the left-back not yet fully recovered from a knee injury.

Kostas Tsimikas should start in his place.

Jordan Henderson is also available again and will compete with Harvey Elliott for a spot in midfield,

whileThiago is set to make his first Premier League appearance since the first weekend of the season.