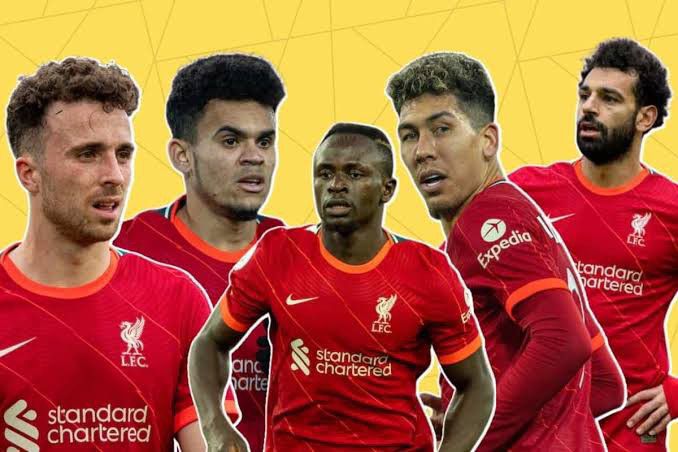 Liverpool are set to pick from a fully-fit squad for today’s mega Premier League showdown with Manchester City.

Jurgen Klopp must decide upon the makeup of his forward line, with Mohamed Salah

struggling for form and Sadio Mane and Luis Diaz both on the scoresheet against Benfica in the Champions League in midweek.

Diogo Jota started on the bench in Portugal despite scoring against Watford last weekend, and was joined by Roberto Firmino.

Klopp says Fabinho will be fit despite suffering a cut in a clash of heads with Nicolas Otamendi on Tuesday as Liverpool secured a 3-0 first-leg victory.

The Reds head to the Etihad a point behind the defending champions and knowing that victory would send them to the top of the division with just seven matches to play.

Trent Alexander-Arnold returned to the starting lineup for the midweek win over Benfica in the Champions League after a hamstring injury and looked in fine form.

Ibrahima Konate scored his first Liverpool goal in that game but is likely to be replaced by Joel Matip come Sunday afternoon.

Jordan Henderson could also return, having been left on the bench in Portugal, with Naby Keita perhaps the most likely to lose his place in midfield.