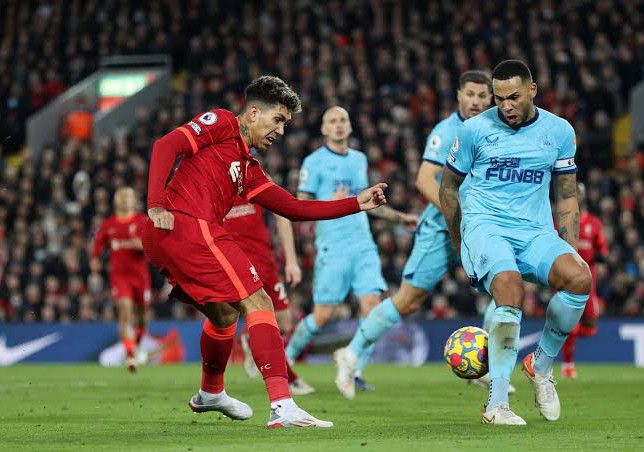 Liverpool manager Jurgen Klopp will be tempted to make no changes for the visit of Newcastle.

The Reds have responded to growing concerns over their form with a thumping 9-0 of Bournemouth, which saw Roberto Firmino score two and assist three more.

Liverpool were held to surprise draws by Fulham and Crystal Palace, before losing to previously out-of-sorts rivals United at a rocking Old Trafford.

Klopp’s side had a point to prove on Saturday, and did just that despite a lengthy injury list.

Diogo Jota will return to training on Thursday after missing this match.

Thiago Alcantara is further behind in his recovery progress but Calvin Ramsay is nearing a potential debut.

Curtis Jones is in a race to be fit but unlikely to be risked either way, while Harvey Elliott is reportedly fine after being taken off as a precaution at the weekend.

“I think Diogo can train from Thursday on and Thiago I think slightly later, so we will see,” Klopp told reporters.

“Calvin is getting closer, Caoimhin [Kelleher] I saw now only walking outside going for normal goalkeeper training.

So yeah, there’s light at the end of the tunnel, definitely.”