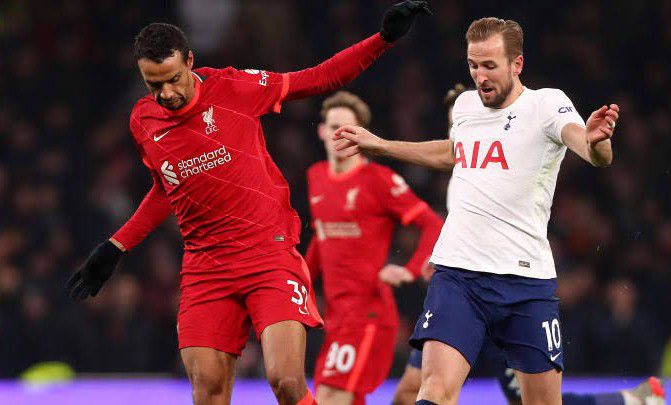 Liverpool could welcome back Roberto Firmino for tonight’s Premier League showdown with Tottenham at Anfield.

win over Manchester City at Wembley last month, missing each of the last five games across all competitions.

However, Firmino is now back in training and travelled with his team-mates to Spain for

Tuesday’s Champions League semi-final victory against Villarreal, but did not feature at the Estadio de la Ceramica.

Asked whether Firmino is now ready to be involved against Tottenham, Reds boss Jurgen Klopp said on Friday:

“I don’t know, but he is back in training, so now we have to make a decision about that.

“The foot thing didn’t let him do a lot. We had to let it settle and now we have to make sure that he has a few proper sessions.

“Obviously we have enough games still, so it’s very important that we have to make sure that we get him in the best possible shape.

“I didn’t make a decision but it might be possible, that it makes for him more sense just to train through the weekend and be then a big step closer for Tuesday, for example.

“But let’s see. Yesterday he was in training, was great.”

On whether everyone else in the squad is fit, Klopp added:

“Yes. I don’t have my smartphone here, because I get messages pretty late, but when I checked it last time, yes.”