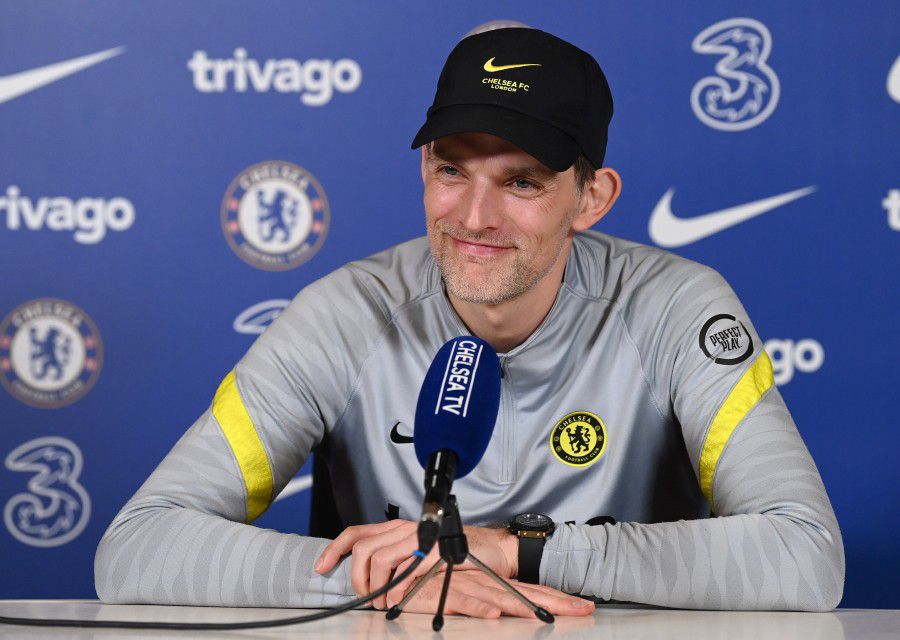 Chelsea return to action in the Champions League on Tuesday as they meet Lille at Stamford Bridge in their last-16 tie.

Chelsea put in a lacklustre display against Crystal Palace on Saturday but still came away with the three points thanks to a 89th-minute strike from Hakim Ziyech.

Thomas Tuchel admitted his side are tired following their Club World Cup triumph in Abu Dhabi, revealing several members of his squad are suffering with jet lag and illness.

Nevertheless, he will want his side to retain full concentration for their clash against the French champions.

Lille remarkably beat PSG to the title last term but this season they’ve been poor.

They sit 11th in the standings, a huge 23 points off Paris Saint-Germain, who are running away with the league.

Much of the talk going into the Champions League clash has been about Romelu Lukaku.

The Belgian, incredibly, touched the ball just seven times in the victory at Selhurst Park –

the lowest tally of any player to play a full match since records began in the 2003/04 season.

Tuchel admitted his £100m striker ‘wasn’t involved’ in the match in a scathing assessment of his display.

Therefore, there’s a case to suggest the 28-year-old could be dropped for the last-16 encounter, but who will?

Tuchel hopes to have Cesar Azpilicueta back after he missed Saturday’s victory at Palace,

but Callum Hudson-Odoi is a doubt for the game with an Achilles problem.

Mason Mount is pushing to be fit for the Carabao Cup final but the Lille game will likely to come too soon for him as he recovers from an ankle injury.

How could Chelsea line-up?

Edouard Mendy is Chelsea’s first choice and he is expected to start in goal.

Reece James remains sidelined having still not recovered from a hamstring injury.

The 22-year-old has been out since the start of the year after coming off with an injury during the 1-1 draw against Brighton at the end of 2021.

Ben Chilwell remains sidelined and looks likely to miss the remainder of the season.

Therefore, Azpiliecueta will be given the nod at right wing-back,

while Marcos Alonso could come in for Malang Sarr, who was utilised on the left against Palace.

Thiago Silva, Antonio Rudiger and Andreas Christensen will partner up as a back-three in front of Edouard Mendy.

Mateo Kovacic could provide some fresh legs in midfield alongside Jorginho, while Kante may be rested for the match.

The Frenchman has been prone to minor injuries in recent seasons and must be carefully managed and Tuchel may have an eye on Sunday’s Carabao Cup final against Liverpool.

Lukaku’s poor showing may well see him drop to the bench against Lille,

meaning man of the moment Ziyech could start on the right once more.

Kai Havertz may retain his spot in the XI, while Timo Werner could replace Lukaku as the no.9 in the team.