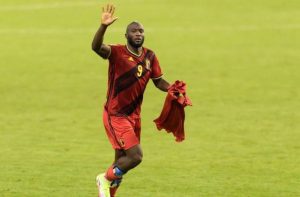 in a comfortable win over the Czech Republic in World Cup qualifying.

The Chelsea striker, 28, raced onto a Hans Vanaken through ball to score with a first-time finish from the edge of the box.

Vanaken then set up Eden Hazard to score his first international goal since November 2019.

Lukaku flicked the ball on for Alexis Saelemaekers to score Belgium’s third.

Lukaku is the sixth Belgian to win 100 caps, although he is still well behind current team-mate Jan Vertonghen’s record of 132 (and counting).

Hazard is Belgium’s second top scorer ever with 33 goals, less than half of Lukaku’s total.

Lukaku was also booked which means he will miss Wednesday’s game with Belarus in Russia – and can instead return to London now.

Belgium top Group E on 13 points from five games, six points clear of the second-placed Czechs. Wales, on six points, have two games in hand though.