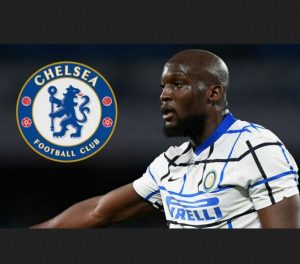 Romelu Lukaku has completed part of his Chelsea medical in Milan and he will now fly to London to complete his £98 million ($136m) transfer from Inter.

The medical was completed at the Columbus Clinic ahead of Chelsea’s club-record transfer which will see the Blues paying almost the entire fee up front.

Inter had briefly slowed the transfer down to sign a replacement and appear to be closing in on a deal for Edin Dzeko from Roma.

How much will Lukaku earn?

However, the striker’s move wasn’t motivated by money as he saw a move back to Stamford Bridge as his best option to continue winning silverware amid Inter’s financial crisis.

Initially, Lukaku was open to staying but a significant pitch from Thomas Tuchel on the telephone about Chelsea’s ambition helped to change his mind.

Lukaku has begun his Chelsea medical in Italy. We’re still on course for an announcement tomorrow (as reported on Saturday). That’s even after Inter have slowed the process to sign Dzeko as his replacement

Having already sold Achraf Hakimi to Paris Saint-Germain, and after seeing manager Antonio Conte resign, Lukaku equally saw that Inter might struggle to repeat the title success of last season in the short-term future.

What other transfers are happening in and around Chelsea?

Chelsea’s next priority will be to sign Jules Kounde from Sevilla having had a first offer turned down.

They had hoped to involve Kurt Zouma in a swap deal but it was turned down by the Liga club, who want just cash for the France international defender.

Zouma remains available to interested clubs, although Chelsea want up to £30m ($42m) for the defender who recently turned down a move to West Ham.

The Blues are open to signing a central midfielder as well but are currently prioritising contract renewals and player sales.

Tammy Abraham has interest from Arsenal, Roma and Atalanta but none of the clubs see the £40m ($55m) asking price as viable.

Chelsea will also offload a host of other players, such as one of Marcos Alonso or Emerson Palmieri. Meanwhile, Tuchel has complained of having to train 42 players with many from the club’s loan group having been in and around the club’s pre-season plans.