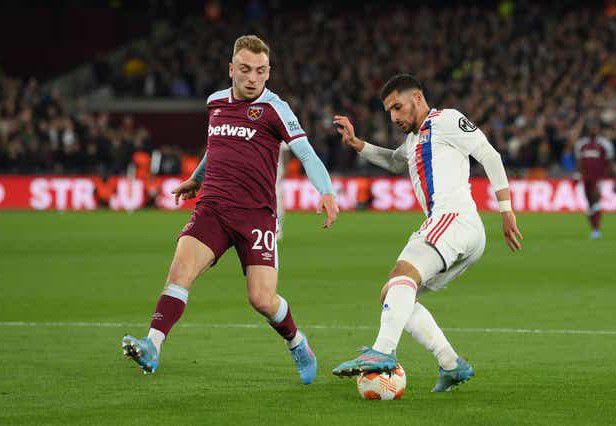 West Ham are out to secure an historic victory over Lyon tonight to earn a place in the Europa League semi-finals.

However, as last week’s first leg showed, knocking out the Ligue 1 side will prove a tough task – particularly in their own back yard.

Tanguy Ndombele proved a threat at London Stadium and netted the equaliser after Jarrod Bowen’s opener followed a red card for Aaron Cresswell.

A potential showdown with Barcelona awaits whoever can seal their passage to the final four.

English fans rarely saw the best of Tanguy Ndombele, but the Tottenham loanee offered a glimpse of what he can do in the first leg.

Tomas Soucek and Declan Rice struggled to get to grips with the midfielder and he was allowed to drop deep, drive forward and dominate.

West Ham may be new at this level, but there are a few who have been here before.

Soucek and Vladimir Coufal have Champions League experience, as do Andriy Yarmolenko and Alphonse Areola.

Having been riled last week, it is crucial West Ham keep their cool.

David Moyes has called out his No9 — and the forward needs to start delivering.

Antonio can always cause problems, but at times looks isolated.

The likes of Pablo Fornals and Jarrod Bowen need to be quick to move up and support their striker to get him firing.