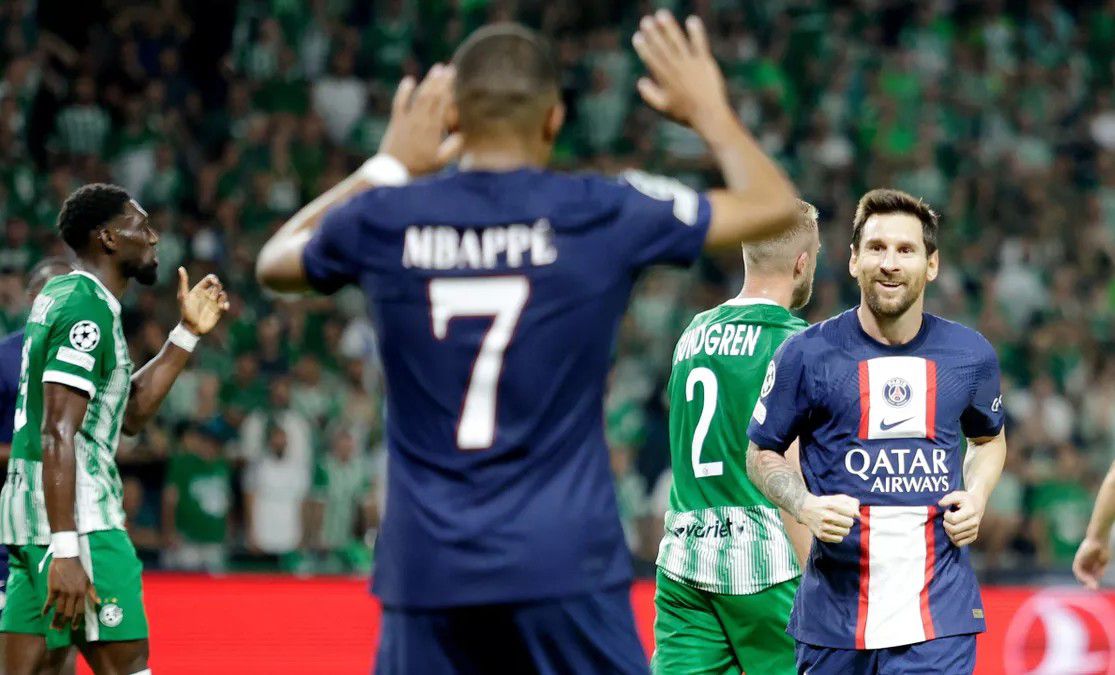 Paris Saint-Germain survived a scare as they fell behind to Maccabi Haifa before their big three hit the net to give them victory.

Once more, the PSG defence look susceptible in the first half and their Israeli opposition did well squeezing space for the superstar opposition in attack and hitting on the counter-attack.

The opening goal was a wonderful finish from Tjarron Chery volleying home Dolev Hazizia’s pin-point cross with with an outstretched left leg after 27 minutes.

The lead held until eight minutes before the break when Kylian Mbappe beat his man before drilling a ball into the six-yard box which fell for Lionel Messi to control on his thigh and then slot home.

The crucial goal came midway through the second half when Mbappe raced onto Messi’s through-ball and finished with trademark precision inside the far corner.

With two minutes on the clock, Neymar latched onto a long pass from Marco Veratti and drilled home a low shot to rubber-stamp victory.