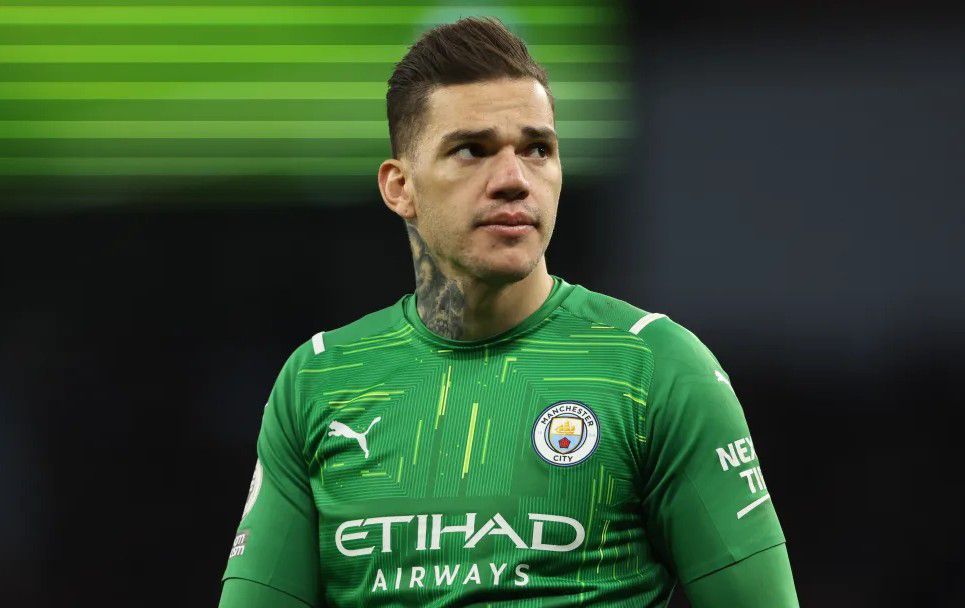 Manchester City keeper Ederson has insisted that his side can ‘definitely’ complete a Premier League, FA Cup and Champions League treble this season.

placed to succeed in the three competitions they remain involved in.

they currently sit top of the table by six points – although second-placed Liverpool have a game in hand.

City’s progression to the Champions League quarter-finals is all but assured too, courtesy of a 5-0 win against Sporting CP in the first leg of the pair’s last-16 tie.

Meanwhile, they were recently drawn away to Southampton in the last eight of the FA Cup.

Speaking before Sporting’s visit to the Etihad Stadium on Wednesday night,

Ederson revealed that confidence is high in the City camp when asked it the Cityzens could win a treble of all three major trophies.

Read Also: Robert Lewandowski Is The Best And His Stats Are Terrifying

“We know how difficult it is. The season in England is so intense.

It’s very demanding on the entire group. We have the quality to do it.

We’ve shown it previously and showing it at the moment.

“We look to win every competition but have to take things step by step to progress.

There are challenges in every competition, but take it step by step and try to achieve great things in the future.”