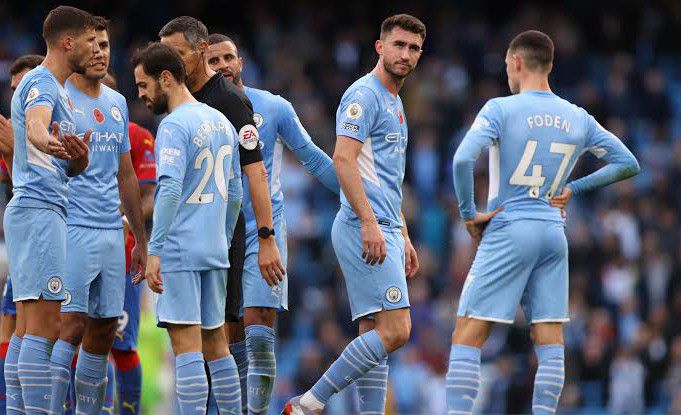 Manchester City are set to only be without Ruben Dias for today’s massive visit of Liverpool in the Premier League.

Dias has been sidelined for a month with a hamstring injury and remains sidelined.

But otherwise Pep Guardiola has a full squad to select from.

Manchester City will be looking to move four points clear at the top but face a Liverpool side who have won ten league matches on the spin since mid-January.

Phil Foden will be pushing for a starting berth after a sensational cameo against Diego Simeone’s side, setting up the only goal of the game for the in-form Kevin de Bruyne.

Elsewhere, Pep Guardiola must decide on the balance of his side, with Ilkay Gundogan and Bernardo Silva the leading options to join De Bruyne and Rodri in midfield.