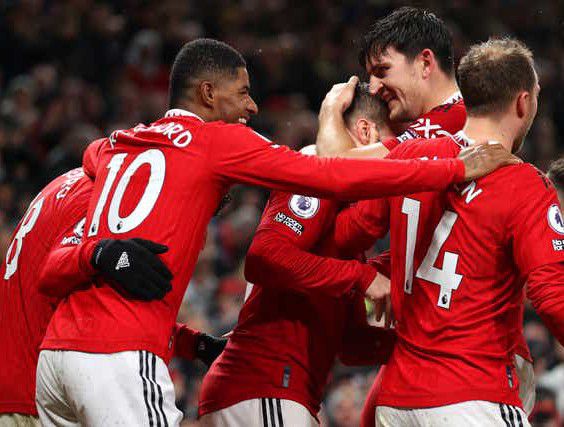 Man United had started slowly, having a lot of possession in their defensive third but, once they found the opener, a seventh successive home win in all competitions never felt in doubt.

They stay fourth, but join third-placed Newcastle on 35 points, and, perhaps most importantly, have opened up a five-point cushion on fifth-placed Tottenham.

One negative for United was a first-half injury sustained by midfielder Donny van de Beek, with Ten Hag saying “we need to wait 24 hours, but it is not looking very good”.

Bournemouth, who failed to have a shot on target until the 57th minute, stay 15th, two points clear of the relegation places.