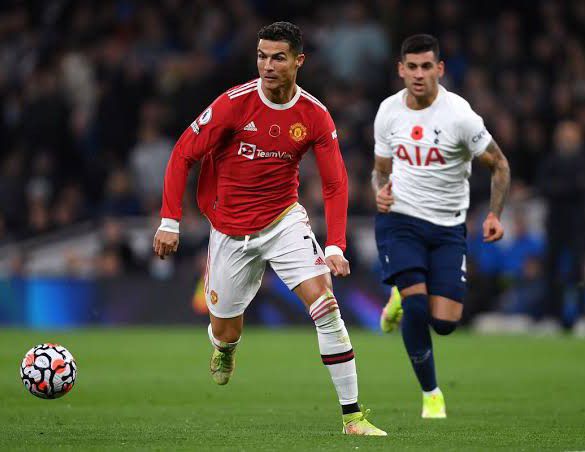 Man Utd take on Tottenham on Saturday in a huge showdown for fourth place.

Spurs’ last visit to Old Trafford came 15 months ago and feels like a different era entirely, a 6-1 win when Jose Mourinho and Ole Gunnar Solskjaer were in the dugouts.

peaks and troughs since – and yet find themselves roughly in the same position with inconsistency impacting their hopes of qualifying for the Champions League.

With both fourth-placed Arsenal and sixth-placed West Ham in action a day later,

a win for either United or Tottenham will catapult them into the prime position to chase down the Gunners.

Last time out, Cristiano Ronaldo and Edinson Cavani helped put a hapless Spurs to the sword in a game that led to the sacking of Nuno Espirito Santo.

Ralf Rangnick has confirmed that both Ronaldo and Edinson Cavani have returned to full training and will be available to face Spurs.

Given his performance in north London a few months ago, it will be fascinating to see if Ronaldo is brought back into the side.

However, Scott McTominay is expected to miss out as United look to avoid making a calf injury worse.

Tottenham are without Ryan Sessegnon due to muscle issue ahead of the trip north.

Sergio Reguilon is expected to come in at left wing-back.

Japhet Tanganga is also sidelined and Oliver Skipp will miss out with a groin injury.

Matt Doherty, meanwhile, will surely continue at right-wing-back given his recent performances.

Two teams who can look incredible one week then dismal the next.

Predicting which Tottenham team will turn up is particularly difficult with Antonio Conte’s side as sublime against Everton as they were bad against Middlesbrough.

As for United, Rangnick has struggled to get his star-studded side to look threatening against even the meekest of teams.