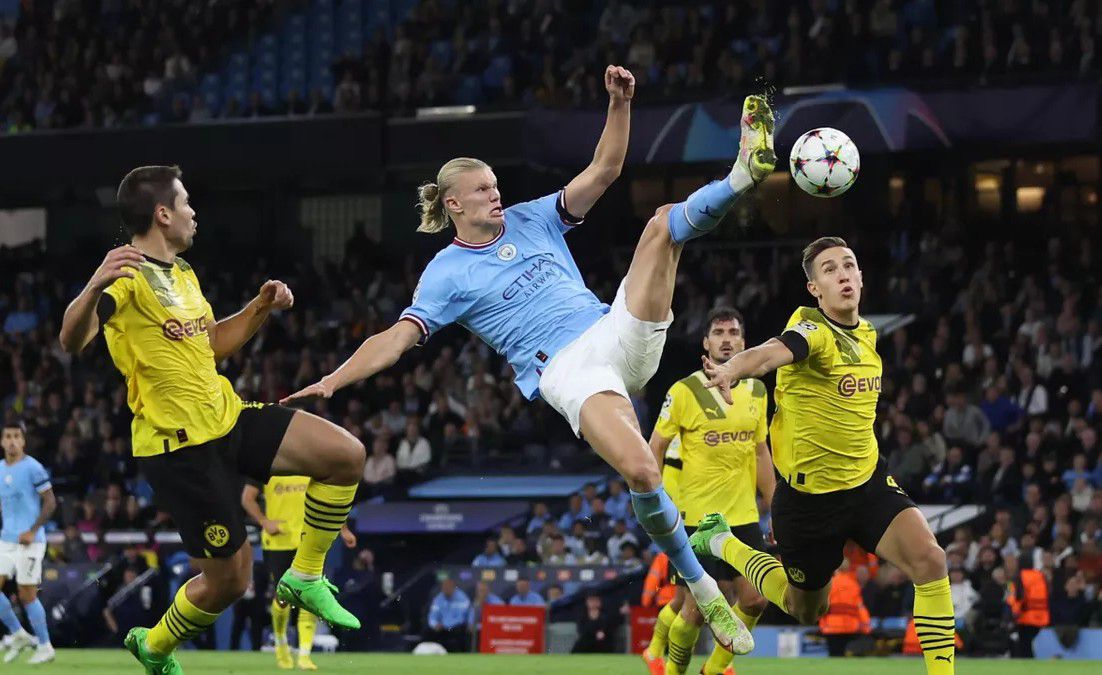 Erling Haaland came back to haunt his former club as Manchester City staged a late comeback to secure a dramatic 2-1 victory over Borussia Dortmund in Champions League Group G.

Ahead of kick off, the stadium paid tribute to the late Queen and that would prove to be the highlight of the first half.

Anthony Modeste’s tame effort was the only shot on target as the visitors nullified City’s famed attack with a well-executed game-plan.

City finally upped the ante in the latter stages with Haaland going close with a low shot from a tight angle that clipped the outside of the post.

Dortmund are second on three points with Copenhagen and Sevilla on a point apiece following their draw in Denmark.