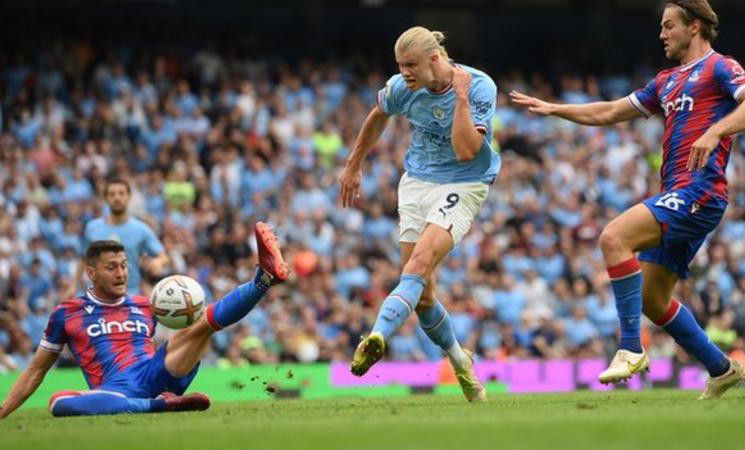 Erling Haaland scored a second-half hat-trick as champions Manchester City fought back from two goals down to claim a thrilling Premier League victory over Crystal Palace.

The visitors looked on course to win at Etihad Stadium for the second consecutive season when they led 2-0 at the break courtesy of a John Stones own goal and Joachim Andersen’s powerful header.

However, City’s first effort on target saw them reduce the arrears shortly after the break when Bernardo Silva’s shot deflected off Palace midfielder Jeffrey Schlupp past Vicente Guaita.

And with the hosts in complete command Haaland took centre stage.

The Norwegian nodded in Phil Foden’s cross to draw Pep Guardiola’s side level, then prodded in Stones’ wayward shot to complete the turnaround.

With Palace chasing the game, Haaland rounded off the scoring, racing on to Ilkay Gundogan’s pass and holding off Joel Ward to cap a fine performance, before being replaced to a rapturous ovation from the home fans.