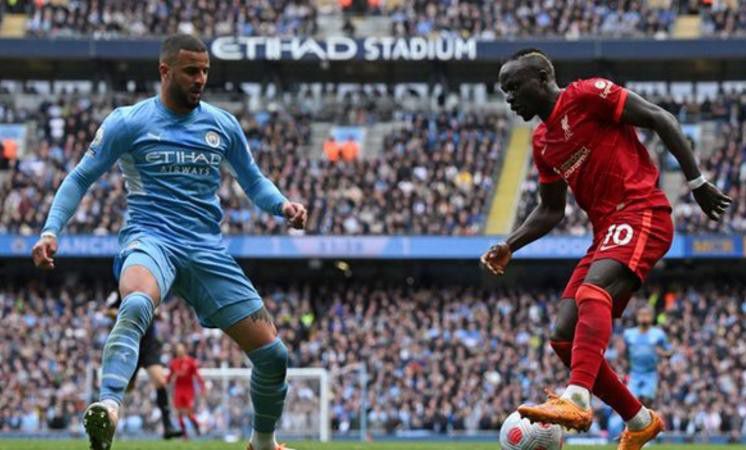 Manchester City retained their slender one-point advantage at the top of the Premier League as they fought out a classic draw with closest rivals Liverpool at Etihad Stadium.

billing and in the end there was nothing to separate them, with the destination of the title still hanging in the balance with seven games remaining.

chances before Gabriel Jesus stole in behind Alexander-Arnold to restore their lead from Joao Cancelo’s cross nine minutes before the break.

Liverpool had been strangely nervous but came out rejuvenated after the re-start, equalising

when Sadio Mane celebrated his 30th birthday by scoring from Mohamed Salah’s perfect pass in the 47th minute.

Raheem Sterling had a goal ruled out for offside as both sides pressed for a winner in this superb match,

City substitute Riyad Mahrez wasting a chance to win it in the dying seconds as he lifted his finish over the top.