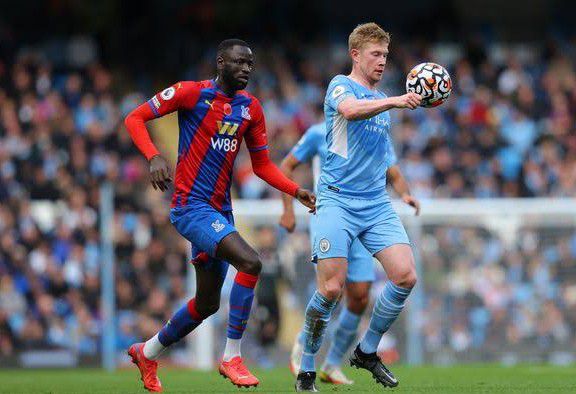 Pep Guardiola provided a hint or two in his selection for the visit of Crystal Palace as Manchester City drew away to Barcelona in midweek.

A 3-3 charity friendly at the Camp Nou allowed City’s fringe stars to get some game time after a thrilling draw at Newcastle in the Premier League on Sunday.

Palace head to the Etihad Stadium this weekend for a Saturday 3pm kick-off that will likely see much of the line-up that started on Tyneside return to the XI.

Kyle Walker, Bernardo Silva and Phil Foden were the three players to start both games.

Riyad Mahrez, who scored a late penalty to seal the draw with Barcelona, and Cole Palmer were the only outfielders to get the whole 90 minutes in Spain.

Aymeric Laporte is set to miss the Palace game due to a continued knee injury while Jack Grealish (knee) and Nathan Ake (groin) are closing in on returns.

Speaking on Friday, Guardiola gave little away about his upcoming selection.

“We train this afternoon and we will know exactly the situation with everyone.”