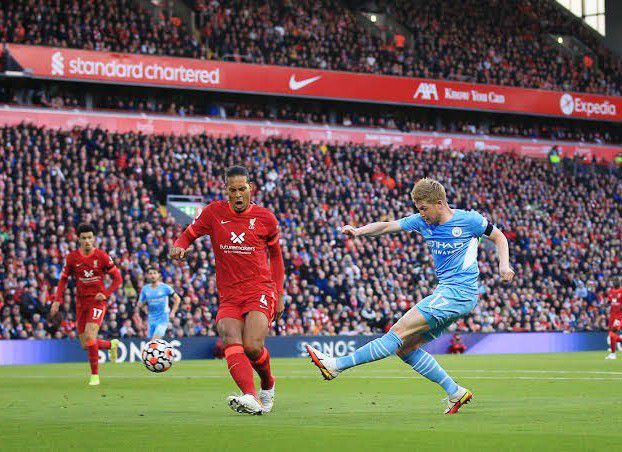 Erling Haaland has been confirmed by City boss Pep Guardiola to be fit for Sunday’s trip to Liverpool.

The Norwegian star was rested during Tuesday’s trip to Copenhagen after Guardiola admitted he did not recover well following last weekend’s win over Southampton.

Haaland, however, is available and will likely start alongside Phil Foden and Bernardo Silva, who are also fit after recent fatigue concerns.

Kyle Walker, Kalvin Phillips and John Stones remain injured in worries for England ahead of the World Cup, but City look strong in pretty much every other area.

Ruben Dias remained on the bench on Wednesday and Nathan Ake appeared for only two minutes, indicating both will likely start at Anfield.

Speaking of his injured England trio, Guardiola said on Friday:

“John I think will be back I don’t know when but maybe one week, ten days.

Kalvin is getting better and is improving a lot. Kyle is still out.”