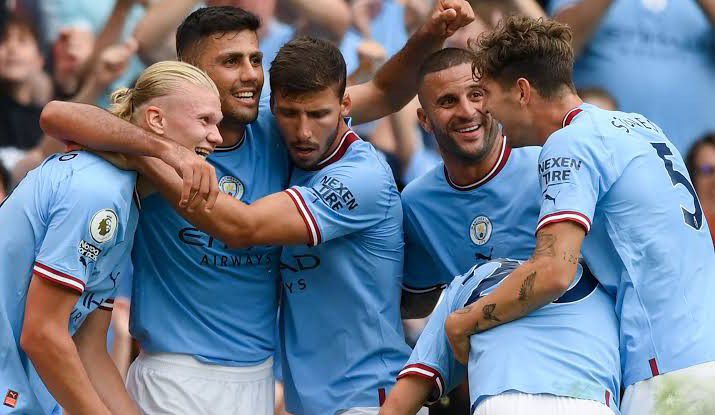 The new star striker has hit the ground running in the Premier League, scoring six goals in his first four games to lead the early Golden Boot race.

But with just four days’ rest between games and the Champions League starting next week,

Guardiola could see the visit of the newly promoted team as a chance to take Haaland out of the spotlight.

In such a scenario, then fellow summer signing Julian Alvarez is primed to step up.

Jack Grealish is also pushing for a return to the squad after a knee injury, while Riyad Mahrez will be hoping to keep his place after a slow start to the season.

“When Erling doesn’t play, we are going to play Julian. That is almost sure,” Guardiola told reporters on Wednesday.

“We are really impressed with his pace, his sense of goal, the work ethic, for many things.

“I knew him a little bit on TV and clips but I am surprised how good he is.

He’s so humble, always positive and every training session he gives everything. I like these type of players.

was involved in two goals in the last game – he has the sense of goals – we are delighted.

I know people are talking about Erling and we are pleased but Julian is an exceptional player.”