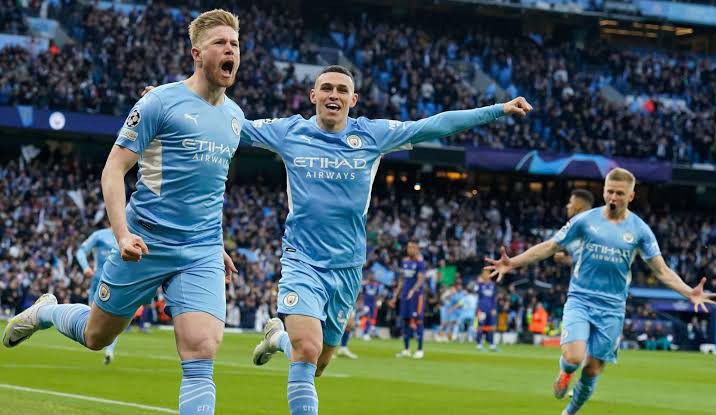 Manchester City head to Real Madrid today for the second leg of their Champions League semi-final tie, and could have Kyle Walker back in their starting line-up.

goalless draw with Atletico last month, missing each of the last five matches across all competitions.

But Walker could now play some part in the decisive return fixture against Real at the Bernabeu,

having resumed training the day before the game.

Manager Pep Guardiola says he will make a late decision on his fitness.

“Kyle trained today and he will travel,” Guardiola said on Tuesday.

“[On Wednesday] we will decide – he is three weeks without training but we are happy he is back.”

contention after being suspended for the seven-goal classic at the Etihad last week for picking up his third booking of the competition against Atletico.

Guardiola is though still without John Stones, who returned from injury in a surprise right-back

role against Real before limping off in the first half and remaining sidelined for Saturday’s 4-0 Premier League demolition of Leeds at Elland Road.

Defensive colleague Nathan Ake looks to have shaken off a knock, meanwhile.