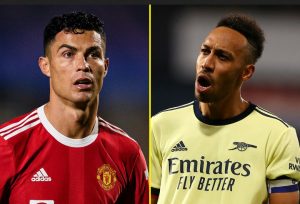 Manchester United boss Ralf Rangnick is facing a race against time to take charge of the club’s Premier League clash with Arsenal this week.

The Red Devils confirmed the appointment of the German as their new interim manager until the end of the season on Monday.

Yet Rangnick is awaiting formal approval of a visa which could see Michael Carrick take charge of his third and final game in temporary charge.

Former England midfielder Carrick has overseen a upturn in form since Ole Gunnar Solskjaer’s exit with a battling 1-1 draw against Chelsea on Sunday.

This Premier League clash will take place on Thursday, December 2.

It will be held at Old Trafford with a UK kick-off time of 8:15pm.

Arsenal are looking to win consecutive away league games against United for the first time since 1979 following a 1-0 win last season.

Manchester united can welcome back Harry Maguire after suspension but fellow centre-back Raphael Varane remains out.

Paul Pogba is also injured while the club will need to check on Luke Shaw and Edinson Cavani after the latter duo missed the Chelsea clash.

But Mason Greenwood was fit enough to make the bench at Stamford Bridge and is once again in contention to start.

Arteta meanwhile has a near-full strength side to choose from ahead of the crunch clash with the Red Devils.

Arsenal’s remain without midfielder Granit Xhaka and defender Sead Kolasinac who are both long-term absentees.

“We go game by game.

“After the defeat at Anfield, obviously you see things in a different perspective.

Maybe, but we’ve been on a good run and we have to carry on going and let’s see where it takes us.

But now let’s analyse this game and start to prepare the game against Man United as quick as possible because we don’t have many days.”