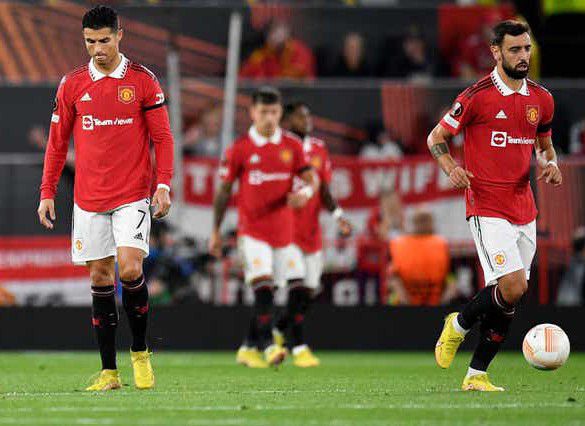 The match took place 90 minutes after Buckingham Palace confirmed the passing of Her Majesty the Queen at the age of 96.

A minute’s silence was observed ahead of kick-off, with both sets of players wearing black armbands.

Cristiano Ronaldo, into the side along with Casemiro and Harry Maguire, came closest to opening the scoring as he powered home a header, but the offside flag was swiftly raised to deny him.

There was another chance for Ronaldo shortly after the break, but he could not direct his header,

and Alexander Sorloth had the same problem at the other end a few minutes later.

Sociedad took the lead just before the hour mark in fortunate circumstances, as a penalty was given against Lisandro Martinez.

He charged down a shot from David Silva, the ball hitting his knee and bouncing up onto his arm as he did so but a spot-kick was still given.

Mendez made no mistake in finding the bottom corner.

Ronaldo tried to drag United level, having a shot from distance fly over the bar before heh

hammered a free-kick into the wall, as Erik Ten Hag’s side saw their winning run of four matches come to an end.