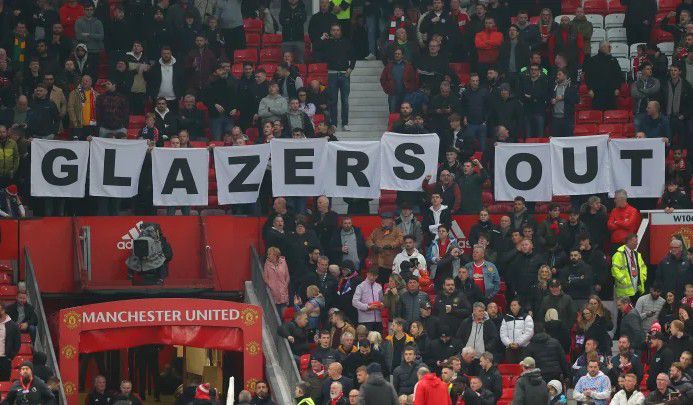 A Manchester United fan group is encouraging supporters to walk out of Old Trafford 17 minutes before the end of their final home game of the season against Brentford on Monday night.

– only three straight victories in their remaining games would spare them that embarrassment.

This underwhelming on-field performance, combined with a perceived lack of investment in the club’s infrastructure, has resulted in protests against the club’s ownership at recent home matches.

And now, a fan group involved in these demonstrations are calling on supporters to go one step further.

As well as the usual pre-match demonstration against the Glazer family, ‘The 1958’ are suggesting spectators leave 17 minutes early – one minute for each year of the club’s current ownership.

If fans take up this call, the Man Utd players could be forced to complete an embarrassing

‘lap of appreciation’ at their final home match in front of a significant amount of empty seats.

These protest are the latest in a spate of supporter activism at Old Trafford in recent times.

Back in April 2021, fan protests boiled over following the failed attempts to create a European Super League,

causing the postponement of United’s Premier League meeting with Liverpool.