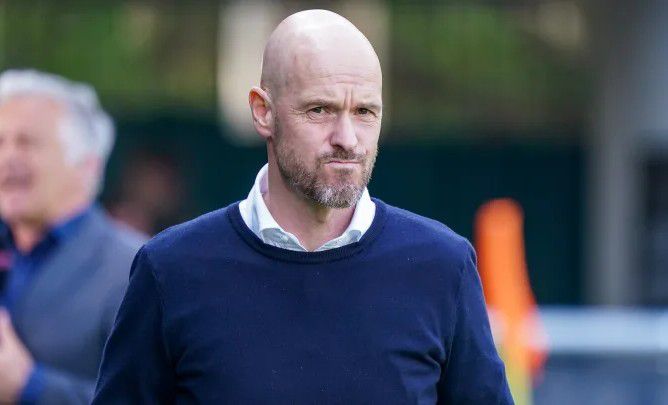 Manchester United manager Erik ten Hag has said that his players must be prepared to ‘suffer’ if they are to be successful at the club.

Ten Hag got off to a rocky start this season when he became the first United boss in 101 years to lose both of his first two games in charge.

at that point as though Ten Hag might have bitten off more than he could chew in the enormous challenge of restoring United’s glory days.

But the team showed suddenly much more against Liverpool on Monday night to record a vital first competitive win of the season.

Ten Hag expects that level of commitment every single day.

“What I demand is that players bring the top spirit every day. Every day, they have to bring it to the club.”

“It has to be a way of life and I hope they understand.

It’s only working – high performance, high level – if you have that spirit and have that focus.

If you accept that you have to hurt yourself, you have to suffer, to finally get the best level out of you.”

Ten Hag made big decisions with his team selection against Liverpool, opting to drop Cristiano Ronaldo and Harry Maguire,

The performance has the potential to be a catalytic moment for United, who now go on to face Southampton on the road on Saturday lunchtime.