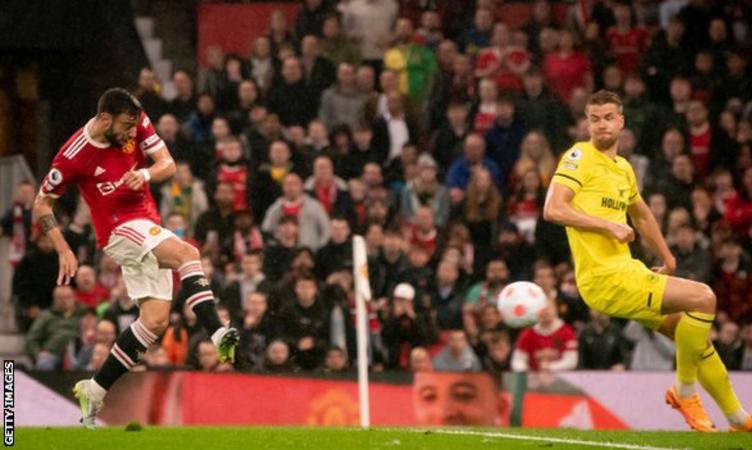 Manchester United recorded the biggest win of Ralf Rangnick’s reign in his final home match as interim boss as Brentford were beaten at Old Trafford.

Ronaldo also had a goal disallowed as he moved onto 18 Premier League goals, four behind Golden Boot leader Mohamed Salah.

next weekend, while Brentford could still go down, even though their 40 points is almost certainly enough to retain their status as a top-flight club.

For the third game running, home fans protested against the club’s owners, but while

there were plenty of anti-Glazer family chants and green and gold flares in opposition to the Americans,

the mooted 73rd-minute walkout did not materialise in any significant number.