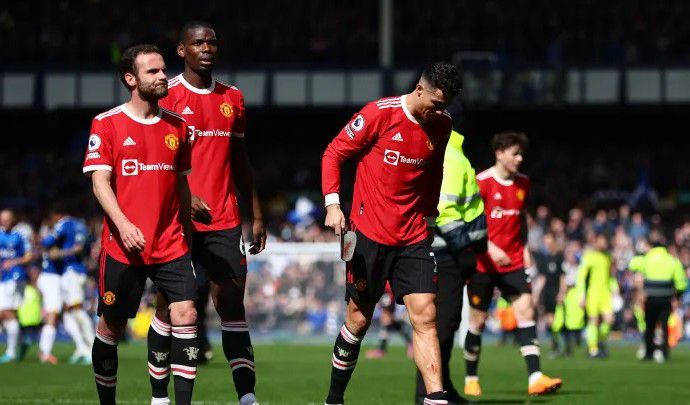 United will face a Norwich side rooted to the foot of the table, although last weekend’s 2-0

win over Burnley has given Dean Smith’s side a glimmer of hope heading into the relegation run-in.

The injuries are piling up for Rangnick after both Fred and Cristiano Ronaldo suffered problems in the 1-0 defeat to Everton last weekend.

Raphael Varane and Scott McTominay were already unavailable for Man Utd, with Rangnick

hinting that the latter is suffering with persistent problems on the sole of his foot.

Luke Shaw is also unlikely to feature until May, while Edinson Cavani is facing up to a further month on the sidelines.

Burnley through illness, while Przemyslaw Placheta and Joshua Sargent could also be available.

Meanwhile, Andrew Omobamidele is still struggling with a lower back problem, with both Ozan Kabak and Adam Idah ruled out for the rest of the season.

There is no more margin for error for Man Utd in the race for the top four, with last weekend’s limp defeat at Everton underlining the malaise currently engulfing the club.

closing in on becoming their new manager in the summer, but you could equally make the case that it would barely cause a ripple among the players.

Still, United should have too much for a Norwich side destined for the Championship.