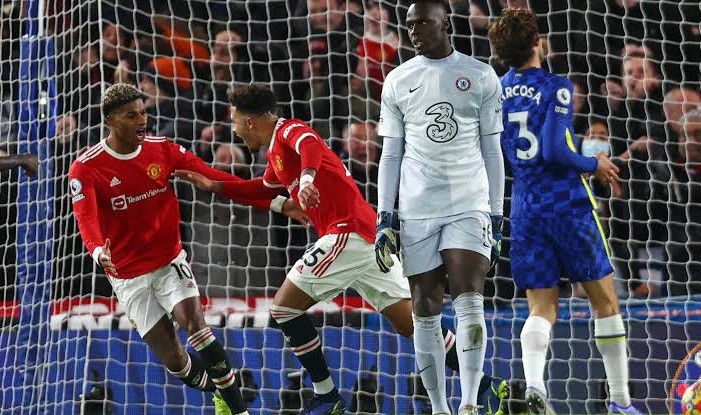 Edinson Cavani (calf) is out but Ralf Rangnick has stated that he should be back in training on Friday.

For the more immediate visit of Chelsea, United will without Fred as the Brazilian is still struggling from the hip problem that has ruled him out of the last three games.

Luke Shaw (ankle) and Harry Maguire are unavailable with a knee issue and Jadon Sancho will miss the game after coming down with tonsillitis.

Jesse Lingard and Marcus Rashford were unused subs at the Emirates,

although it remains to be seen if Rangnick is willing to drop either Cristiano Ronaldo or Bruno Fernandes.

Diogo Dalot and Alex Telles look set to continue in the wing-back roles.