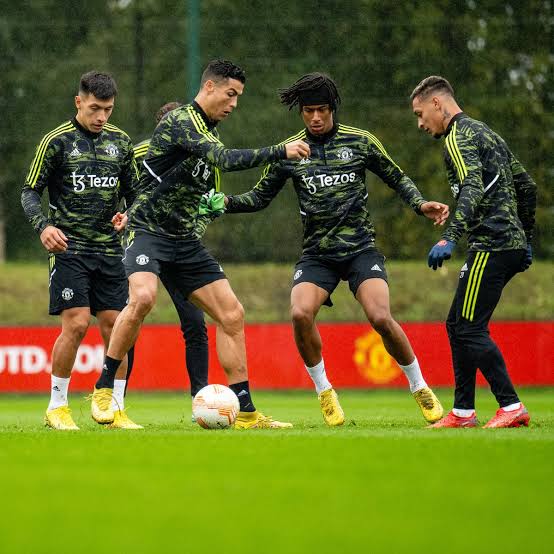 Harry Maguire and Raphael Varane will tonight both be missing for Manchester United’s Europa League trip to Omonia Nicosia.

The two centre-backs leave manager Erik ten Hag with a problem to solve, though Maguire – who picked up his injury while on international duty with England – has recently lost his starting sport.

Varane limped out of the 6-3 hammering in the Manchester derby after taking a blow to his ankle in the first half and was replaced by Victor Lindelof, who will deputise on Thursday night alongside Lisandro Martinez.

Aaron Wan-Bissaka and Donny van de Beek remain unavailable, with Ten Hag saying he could not provide a prognosis on the pair.

“They’re not available for tomorrow.”

“In the case of Rapha, I have good hope (he will be available soon).

Harry will take a little bit longer and the other two I cannot give a prognosis.”

Cristiano Ronaldo should start, though the returning Anthony Martial is pushing for a start.