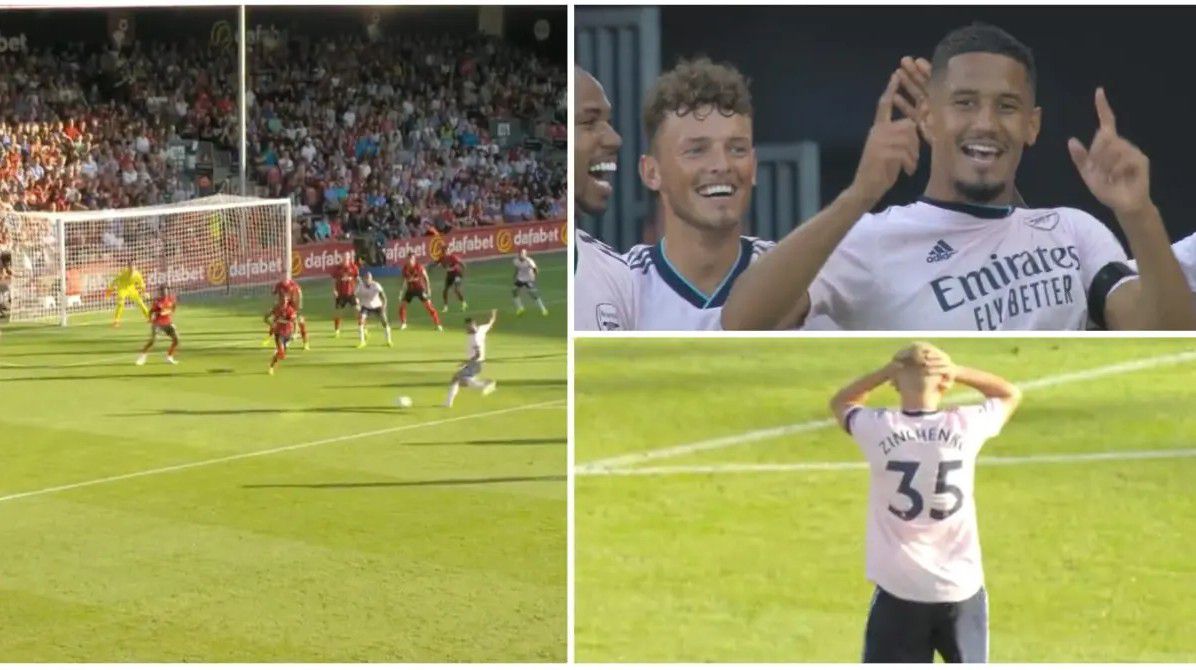 Premier League matchday3 is in the books and we were given no shortage of action and entertainment over the weekend.

Manchester United shocked everyone with a sparkling victory over Liverpool.

Newcastle hosted Manchester City in a chaotic draw for the ages, while Arsenal maintained their 100% start to the season with another victory at Bournemouth.

There were also a fair few brilliant goals. Here are our top picks for this past gameweek.

James Maddison’s free kick against Southampton was the latest standout moment the England international has enjoyed in recent weeks.

The Leicester midfielder whipped a set piece around the wall and in at the near post for his second goal of the season.

However, it was Che Adams who stole the show during Southampton’s 2-1 victory at Leicester.

Fulham’s clash with Brentford was a London derby delight for the neutral as the two teams put on a terrific game.

Christian Norgaard’s goal was arguably the best of the bunch, connecting with Mathias Jensen’s cross sweetly on the volley.

Arsenal played some silky football during their crushing victory over Bournemouth and made it 2-0 with another flowing move.

Ben White pulled the ball back to Gabriel Jesus, whose touch fell perfectly for Martin Odegaard to smash into the back of the net.

🚀 The goal
😱 The reaction

Despite their fast start, Arsenal were made to wait until the second half for their third – but it was definitely worth the wait.

Granit Xhaka played the ball back to William Saliba, who sent a curling effort from the edge of the box into the far corner beyond the reach of Mark Travers.

Chelsea handed Leeds a few presents on Sunday, but Rodrigo’s header was a moment of pure perfection.

The Spaniard continued his rich vein of form by connecting perfectly with Jack Harrison’s cross, nodding into the far corner as United powered to a famous 3-0 victory.

Brighton restricted West Ham brilliantly and made the most of the opportunities in the 2-0 victory.

The crowning moment was Pascal Gross’ cute flick into Leandro Trossard’s path, and the Belgian had the simple task of accelerating beyond West Ham’s backline to fire beyond Lukasz Fabianski.

💥 @trippier2 does it again! pic.twitter.com/g8HqPuIyOU

Kieran Trippier added to his highlight reel with another superb free kick, this time against Manchester City.

The right back sent a wonderful strike soaring past Ederson’s outstretched grasp, though his Newcastle side couldn’t hold onto the 3-1 lead the goal gave them.

That was partly due to City’s resurgence as two goals in three minutes hauled them level at 3-3.

After Erling Haaland halved the deficit, Kevin De Bruyne picked out Bernardo Silva with a masterfully weighted pass and the Portuguese finish with ease. Defence splitting passing at its very best.

Jadon Sancho’s taken some time to warm up to the Premier League – largely due to Manchester United’s struggles in recent years – but there was no struggling for the forward on Monday night.

Sancho received the ball from Anthony Elanga and stalled in the area, fooling James Milner, Virgil van Dijk and Alisson to finish smartly into the bottom corner.