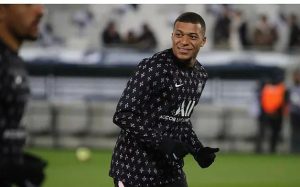 Winters transfer remain 50days to be open where Real Madrid will be able to engage in transfer business with and secure the services of Kylian Mbappe, whose contract at PSG runs until next June.

When PSG didn’t want to part ways with their star, but he’ll be free to negotiate with other clubs as of the first day of 2022.

Is Mbappe still going to decide to sign for Real Madrid?

Those who know details about the operation are adamant that Mbappe wants to depart PSG next summer and embark on a new adventure as the leader of Real Madrid’s project.

“I told PSG in July that I wanted to leave,” Mbappe said back in October.

When he publicly expressed his intention to depart the Ligue 1 side and join Real Madrid.

Is there still the possibility of Mbappe renewing his PSG deal?

Real Madrid are still concerned that PSG could convince Mbappe to renew his contract.

But, Los Blancos trust that the player will stick to his original plan.

After two failed attempts, PSG are willing to make a new offer of 25 million euros per season.

They’ll also look to convince the Frenchman through their sporting project, one which is led by the attacking trident of Lionel Messi, Neymar and Mbappe himself.

Could those close to Mbappe influence his decision?

Mbappe’s mother didn’t rule out a potential contract renewal and it remains to be seen whether his family and agent could influence the France international’s decision.

“His father wants him to stay and the lawyer and I want him to leave, but none of us three decides,”

“We are talking at the moment with PSG and everything is going well.”

Real Madrid aren’t ruling out making another offer as a new act of goodwill towards PSG to demonstrate that their intention wasn’t to just sign Mbappe on a free transfer next summer.

Back in August, Los Blancos already made it clear that they didn’t want to take advantage of the player’s contractual situation.

The LaLiga Santander club have not discussed a specific figure that can be offered in exchange for Mbappe’s services in the winter, but they do believe that PSG would turn down any offer.

The fact the Vinicius is standing out this season will not affect Real Madrid’s decision to sign Mbappe.

On the contrary, it reinforces Los Blancos’ intention to bring together two players who are expected to mark an era and boost the club both in football and marketing terms. Real Madrid consider Vinicius a vital part of their project.