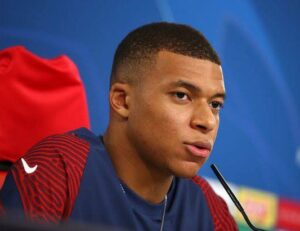 The French star Kylian Mbappe scored one of the goals in their 5-1 win over Lille for Mauricio Pochettino’s side, former Monaco forward spoke on his future.

Mbappe was asked about his upcoming UEFA Champions League Round of 16 clash against Real Madrid, the team that wants to sign him.

Regarding his decision to join Real Madrid, and if the result against them in UCL changes his mind,

Mbappe admitted he has yet to decide what his next move will be.

“I’m concentrated on beating Madrid and then we’ll see what happens.”

“I have yet to make a decision.”

“Even if the match against Madrid changes things, and though I’m free to do as I please.

I’m not going to do those kinds of things. And I won’t speak to a rival.”