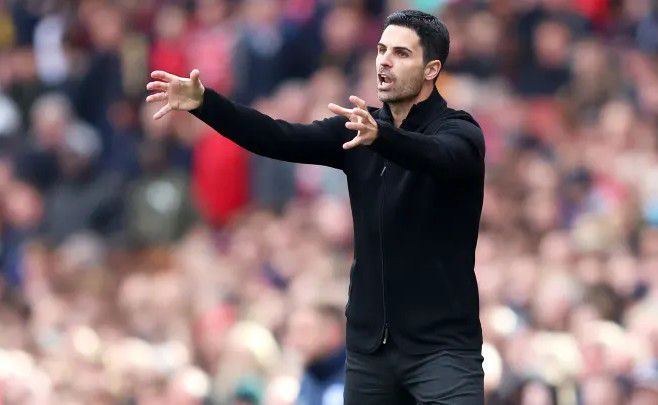 Former Manchester City assistant coach Mikel Arteta has said he and his players ‘deserve to be slapped again’ following their subpar performance in Saturday’s 2-1 loss to Brighton.

The Seagulls condemned the Arteta side to their second successive defeat, with Arsenal now

three points behind north London rivals Tottenham in the race for a top-four place.

This most recent loss comes at the end of a week which started with them being thrashed 3-0 at Crystal Palace,

and Arteta revealed that he and his squad must feel the brunt of the criticism they will face in order to come back stronger.

Arteta said after the match:

“It has been a tough week, especially today because we wanted a reaction [to the defeat at Crystal Palace],”

“It came in the second half, which is too late. We have to have the courage and personality to play much better and raise the level in the first half.

“We made it really difficult for ourselves. We were sloppy, we had no purpose to attack, we were really imprecise and we didn’t want to play forward.

“We’ve shown for many weeks how well we can play.

It has been a difficult week and we’ve lost some big players, but if you get what you want, not everything is going to be with a blue sky.

“This is our team in the good moments and especially the defeats.

There are many games to play but we have to be concerned about that performance, especially first half.

“What happens is we criticise ourselves a lot again, get slapped again because we deserve it and then lift ourselves up.

“We know this road is taking us nowhere, especially with where we want to be.

We have everything to play for in the last eight games and we have to have that energy and visualize the beautiful challenge that we have ahead and not sit back and see what happens.”