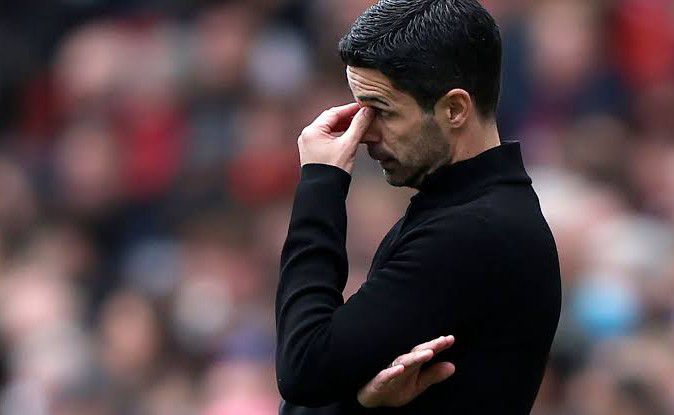 Arsenal boss Mikel Arteta press conference ahead of their meeting with Manchester United this weekend.

“We had a lot of things still to do in the squad.

phenomenal job and put everything on the table to try to bring in players and profile that we wanted.

“We did the business pretty early, but unfortunately in the last 72 hours,

Thomas [Partey] got injured in the same place as last time and then Mo [Elneny] has a long-term injury and we had to react in the market.

We tried and at the end of the day we have to bring in the players we feel are right for the team and the club, but we didn’t manage to do that.”

Is the squad deep enough to compete in the Europa League as well?

“It’s the team that we have and for me it’s the best players and the best squad available. There’s nothing else we can do.

We have an academy as well that we can use and we have to utilise the players in the best possible way.”

How do you think Deadline Day went?

“We pushed to strengthen the team and bring the best possible people and players into the football club.

We have managed that to a certain level, but then we have our limitations.

Time was a big limitation with what happened in the last 72 hours in our midfield. We tried to act but we didn’t find the right player.”

How important was it not to panic?

“I think we have learned a lot from that. Look at still the players we have to get out.

We have to only bring top talent through that door and be very disciplined because in those moments you can make mistakes that can cost the club and the team a lot, not in the near future but maybe a little bit ahead.

We want to avoid that as much as possible.”

How do you feel about your current midfield options?

“Believe more in the players that we have, look after them better and give them confidence.

They have the ability to do it and that’s what we’ll do.”

Do you have any updates on Odegaard and Ramsdale?

“Those two they’ve been assessed. We will see more tomorrow.

Hopefully they’ll be available to train with the team.”

Will Zinchenko be in the squad on Sunday?

“After missing two games and not being able to train with the team yet, unfortunately that’s the situation that we have.”

How long will Elneny & Partey be out?

“With Mo it’s a little bit easier, we are talking months.

With Thomas hopefully we are talking weeks or even shorter than that.”

Are you helping Partey with his injury issues?

“We have tried to manage him. A lot has happened since he joined, we are trying the best possible ways to find the reasons why that happened.

Unfortunately the body and the mind are too difficult sometimes to understand and put a finger on a single thing to prevent something from happening.

“The attitude of the player is there. He’s really disappointed, as you can imagine, and the team needs him.”

What are your memories of Man Utd vs Arsenal?

“They started a little bit when I was younger, watching that rivalry and watching those special games between the two teams.

Obviously the games as a player, winning, are a beautiful feeling.

It’s a magnificent stadium to go there and be us again as a team.”

Is the fixture still as important?

“I think there’s been moments where the history and the media talking about a special rivalry between certain players build certain momentum into this.

I think in England it doesn’t get much better than that.”

Have you been impressed by Erik ten Hag’s response to a bad start?

“When you look at the squad that they have, the amount of money that they have and what they’ve done in the market, I’m not surprised.

They’re going to win a lot of football matches.

Manchester United’s history tells you that this is going to happen.

It’s another big rival and we have to compete with them.”