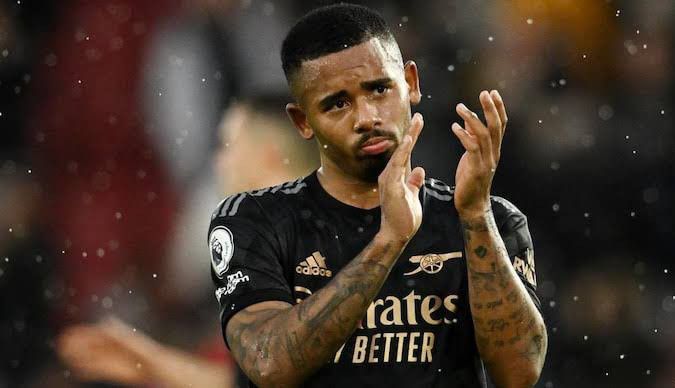 Arsenal summer signing Gabriel Jesus has find it difficult these days to see the back of the net as all his efforts been push away, but his contributions is helping the team.

Arsenal manager Mikel Arteta has revealed striker Gabriel Jesus needs to be patient as he finds himself on a run of eight games without a goal.

The former Manchester City star enjoyed an electric start to the campaign with five goals in his first nine games.

But, things have dried up for the Brazilian, whose blank against Zurich on Thursday meant he failed to score in any of his five Europa League group stage appearances.

“It’s going to change” struggles after the game.

“He’s getting the chances, he’s contributing to the team an awful lot. The way he competes is incredible.

“He needs to be patient as it’s happened in the past. He needs to learn from those lessons and not stop doing the things that are helping the team.

That will maintain the level of him and the team.”

Importantly, Arteta insisted he has not seen a drop-off in performances from Jesus, and he urged his new striker to keep calm and wait for his drought to end.

“It does bother him for sure.”  “Knowing him, when he scores three goals, he wants to score four.

“Today he had a couple of good chances as well, but what he generates to the team is just amazing.

“Last week he gave three assists. Today he was involved in every action again and the goals will come.”