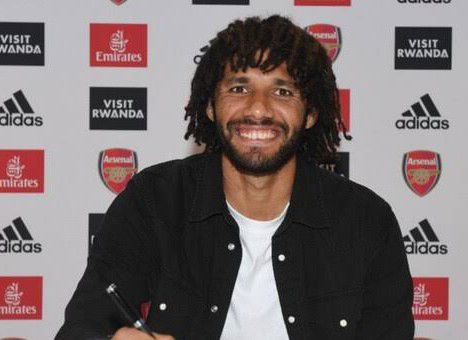 Mohamed Elneny has extended his contract at Arsenal, ahead of the expiration of his previous deal.

in the latter part of the Premier League season, where he was a regular starter covering for injured team-mate Thomas Partey.

The new contract length has not been revealed by the club, but it is reported to be one-year with the option of a further 12 months.

✓: “I’ve Not Extended My Contract With Real Madrid Yet But I Won’t Do Like Kylian Mbappe” – Luka Modric

“I love this club and I feel like part of this family,” Elneny told the club’s website.

“I want to continue at this amazing club and amazing family and I’m very happy and very excited for the future.”

Elneny has made 147 appearances for Arsenal, scoring five goals and contributing 10 assists.

“Mo is a really important part of the team,” said manager Mikel Arteta.

“He brings endless energy, enthusiasm and commitment to the team and is loved by everyone.

He’s an important player for us on and off the pitch, a real role model to our younger players and I’m delighted he’s staying.”