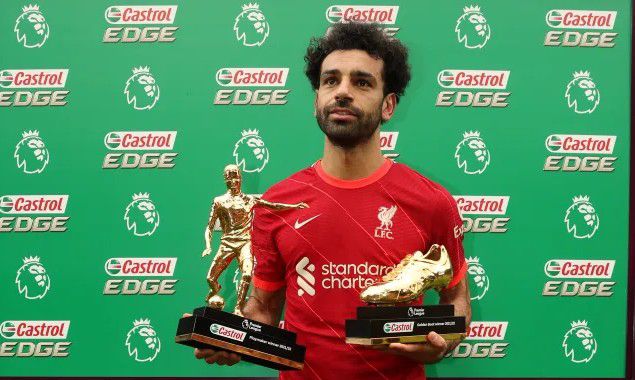 Mohamed Salah has claimed the Castrol Playmaker of the Season Award at the end of an outrageously creative season on a personal level.

The Egyptian has been synonymous with goalscoring for Liverpool, rattling in 23 goals in the Premier League and ultimately sharing the Golden Boot with Tottenham’s Son Heung-min.

However, Salah has quietly gone about his creative work to ensure he is a double award winner this season as the outright best playmaker in the division based on assists.

As well as scoring a boatload, Salah has also chipped in with 14 assists across a stunning individual campaign.

That included two streaks at either end of the campaign – one where he assisted in five straight games between October and November, and another of three in a row in April.

but Pep Guardiola’s side ultimately got their noses over the line and made the Reds’ victory over Wolves redundant.

The two sides had gone into the final day separated by just a singe point, with City needing to match of better Liverpool’s result to secure the trophy.

The Citizens had trailed 2-0 to Aston Villa, but came from behind to win courtesy of a brace from substitute Ilkay Gundogan.

Salah netting the winner with six minutes to go, but in the end it was to no avail as City lifted the trophy.