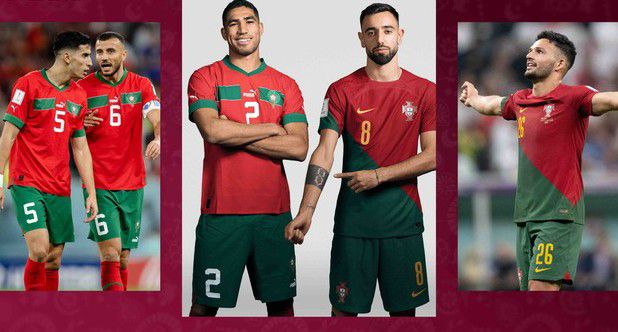 Fernando Santos Portugal boss is set to leave Cristiano Ronaldo out of his starting lineup for the second World Cup game in a row, when his side faces Morocco in the quarter-finals on Saturday.

A number of bold selection calls worked in the veteran coach’s favour as the Selecao dumped Switzerland out in the last-16 on Tuesday,

Goncalo Ramos taking centre stage with a hat-trick in a 6-1 rout.

That performance will surely leave Ronaldo on the bench once again, testing Portugal’s claim that the 37-year-old will be happy to play a bit-part role for the World Cup’s climax in Qatar.

Both Portugal and Ronaldo have denied that he threatened to leave their camp after being dropped against the Swiss, with Santos

unhappy with his star player’s reaction to being substituted against South Korea in the group stage finale.

Santos also left Joao Cancelo out against the Swiss, favouring Raphael Guerreiro and Diogo Dalot in the full-back positions with Nuno Mendes injured.

Danilo Pereira is a doubt to face Morocco but, even if fit, may not be able to edge Pepe out of the XI following his goal in the last-16.

Otavio returned from a knock and should continue in central midfield, with a selection decision to be made between Ruben Neves and William Carvalho alongside him.

Morocco: Walid Regragui’s storming success has been partly down to a very settled lineup and approach.

Selim Amallah was picked for the penalty shootout win over Spain ahead of Abdelhamid Sabiri and should continue in the team against Portugal.

West Ham defender Nayef Aguerd is a doubt after being forced off in the last-16, but there seems hope that the issue is not as bad as first feared.

Fellow centre-back Romain Saiss also picked up a knock in that game.