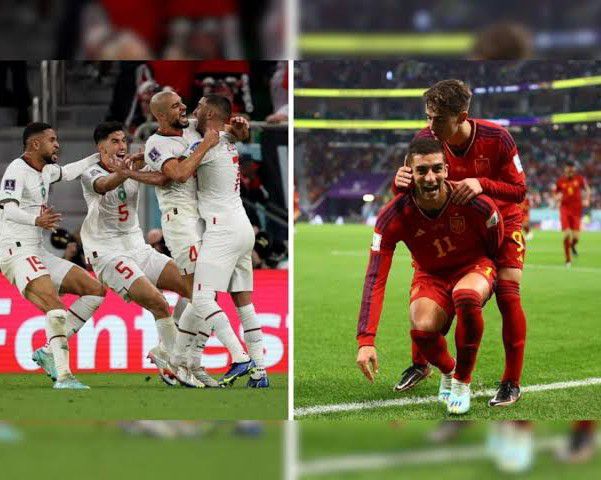 Morocco and Spain will be locking horns in the World Cup four years on from meeting in the group stages in Russia, where La Roja were indebted to a late Iago Aspas equaliser in a 2-2 draw.

Enrique was without the trio of Dani Olmo, David Raya and Cesar Azpilicueta in Friday’s training session, although the former was just believed to have been rested after a gruelling group period.

The Spain squad enjoyed a day off on Saturday and several posted pictures from the beach or out and about in Qatar.

Up front, the key question is whether Alvaro Morata or Marco Asensio will get the nod to spearhead the attack, with the possibility of both starting if the coach chooses to leave Ferran Torres on the bench.

Whoever does not start will be the first reserve off the bench, likely leading to Luis Enrique playing down the importance of the selection call – particularly as all three have already scored at this World Cup.

Olmo will complete the attack in front of a settled midfield and the rotated defence seen in the defeat against Japan will make way for the Morocco clash.

Walid Regragui has enjoyed a strong degree of consistency with his line-up during the World Cup and he is likely to trust his regular XI from the start against Spain.

Selim Amallah and Abdelhamid Sabiri will compete to fill the final spot in central midfield.