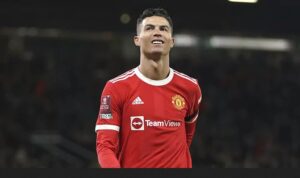 February 1 saw the Ed Woodward era at Manchester United come to a welcome end, yet when assessing the net transfer spending of European clubs over the last 10 seasons.

It’s becomes clear that United have been completely incompetent under his stewardship.

Whether or not a banker is qualified to totally run the football side of a sporting club is another matter for debate,

yet that is exactly what happened at Old Trafford when the Glazer family’s favourite son took over from David Gill in 2013.

In a study published by the Football Observatory,

the net transfer spending over the past 10 seasons has been aggregated and analysed, with Manchester United outspending every other European club, and having no single league title to show for it.

Over the course of the past 10 seasons, the study has determined that the Old Trafford club has spent 903 million pounds in terms of net spend, with 1.3 billion pounds of that going towards player purchases.

In terms of sales, the club has recouped around 395 million pounds,

It’s worth noting that throughout the period mentioned, each of those three clubs have won at least five league titles,

whereas United haven’t won a single one since Woodward took charge.

The argument that comes with Manchester City and PSG being so heavily linked with an entire state is that they have unmatchable resources to any club,

and this is true in a number of ways, yet in terms of pure transfer decisions, Manchester United have simply wasted money.

The problem at Old Trafford has been Woodward.

His attempts to be a Director of Football combined with Chancellor of the Exchequer has seen United have no real transfer strategy.

Each change of coach has brought a new style of player being needed,

with the club transfer record being smashed on Paul Pogba, who has never really looked comfortable at the club.

The problem of not having a competent Director of Football who follows a style of recruitment is you end up with a mix of players.

Romelu Lukaku was signed for 90 million pounds to placate Jose Mourinho and his dull style, yet Ole Gunnar Solskjaer had no use for such a player and he was sold at a loss.

The same now looks to be the case with Aaron Wan-Bissaka and Harry Maguire,

both of whom cost a combined 130 million pounds ,

yet Ralf Rangnick doesn’t seem particularly keen on either player in that style, and there is still no clarity on who will be appointed as the new coach in the summer.