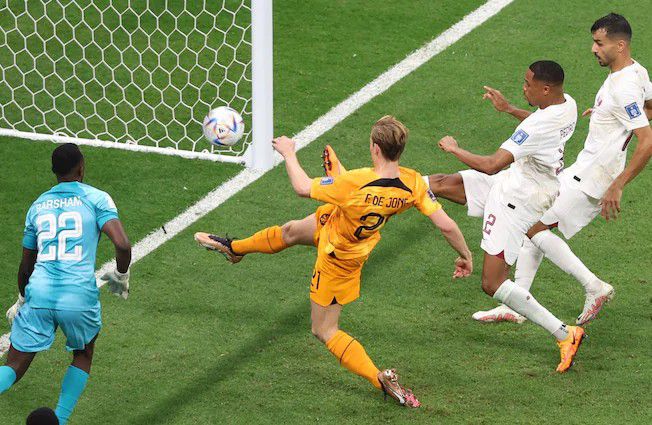 Cody Gakpo continued his rich vein of form to help fire the Netherlands top of Group A and into the last 16 of the 2022 World Cup with a straightforward 2-0 win over host nation Qatar.

The PSV frontman – a reported target for Manchester United – made it three goals in three games to give Louis van Gaal’s side a 26th-minute lead.

The Netherlands’ early pressure was relentless, and they made the breakthrough when Gakpo

was played through by Klaassen and the in-form striker found the bottom corner with a composed right-footed finish.

De Jong was quickest to react to volley into an empty net after Qatar goalkeeper Meshaal Barsham had pulled off a brilliant save to deny Memphis Depay, who was making his first start following an injury in September.

Steven Berghuis came off the bench and thought he had the Netherlands’ third,

but the goal was chalked off for a Gakpo handball in the build-up following a lengthy VAR check.