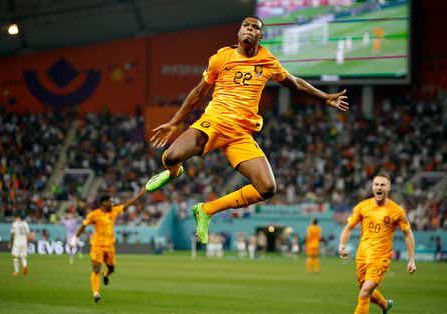 Denzel Dumfries scored and provided two assists as he fired the Netherlands into the quarter-finals of the 2022 World Cup in a 3-1 victory against the United States.

Louis van Gaal’s side controlled the game and brilliantly nullified a lively and spirited USA side who performed admirably at the Khalifa International Stadium.

Memphis Depay completed a wonderful team move to open the scoring after just 10 minutes, before Daley Blind doubled the Dutch lead on the stroke of half-time.

right-wing-back Dumfries, who had set up the first two goals, scored Holland’s third to finish the game off for good.

The Netherlands will now face the winner of Saturday’s other round of 16 clash between Argentina and Australia in the quarter-finals on Friday.