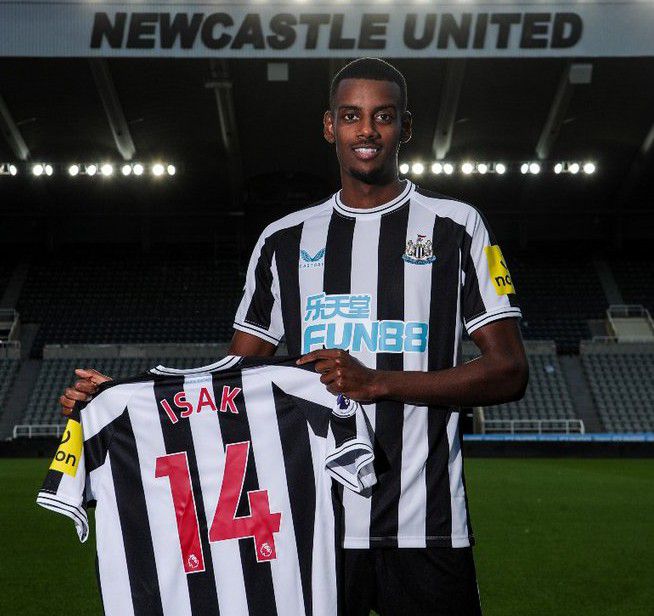 Newcastle have confirmed the signing of striker Alexander Isak from Real Sociedad.

The Swedish striker arrives at St. James’ Park for a reported £63m including add-ons, breaking the Magpies’ transfer record for a signing.

Isak, 22, put pen-to-paper on a a long-term deal at the club, understood to be for six years.

“I’m delighted to have it done,” the player told the club’s official website.

“It was a big, big decision for me but it is a decision I am really happy with.

“It is a great, historical club that I think anyone would like to play for, with amazing fans.

They were a big part of why I came here – and also the club’s project, which is one that I really believe in.

“You always want to go into a team and know how they play.

I think Newcastle play very attractive football and I want to be a part of that.”

“I’m very excited that Alexander has chosen to join us,” said manager.

“He is an outstanding talent who is capable of making a big contribution to the team.

“He is technically very good, with a mix of attributes that will complement us, but he is also at a great age to grow with this club.

“I want to thank the club’s owners and transfer committee for bringing Alexander to Newcastle.

We are all delighted to have him on board.”

Isak began his career at Swedish club AIK before moving to Borussia Dortmund in 2017 aged 18.

A loan spell with Eredivisie side Willem II ultimately led to a move to the La Liga club in 2019 when he spent three seasons, scoring 44 goals.