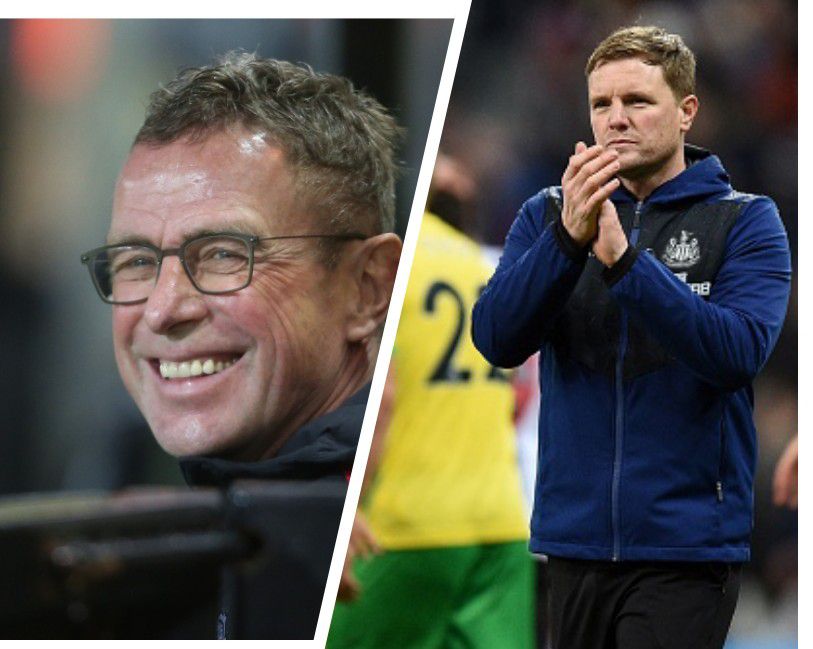 The Magpies have shown signs of improvement under Eddie Howe but have struggled to turn those positives into points.

For the Red Devils, this will be seen as a big opportunity for three points.

Ralf Rangnick’s team have won three matches in a row in the Premier League and will be hoping that victory can move them a step closer to the top four going into the New Year.

The Premier League clash is set to take place on Monday, December 27 at St James’ Park.

Kick-off is scheduled for 8pm.

Newcastle hope to have Javier Manquillo and Emil Krafth available after illness for the visit of Manchester United.

Manquillo missed Sunday’s 4-0 defeat by Manchester City, for which Krafth was an unused substitute, but both are expected to be fully fit.

Jonjo Shelvey, who also sat out at the weekend with groin and hamstring strains, will be assessed, but Jamal Lewis is likely to miss the whole festive programme, joining Federico Fernandez and Paul Dummett on the sidelines.

Manchester United are set to end an enforced 16-day Covid break with only the injured Paul Pogba unavailable.

Raphael Varane and Edinson Cavani could feature for the first time since being injured during a Champions League group game in Atalanta on November 2.

Anthony Martial and Aaron Wan-Bissaka are also expected to be fit after missing United’s last fixture through injury, a 1-0 win at Norwich on December 11.

Eddie Howe has challenged his Newcastle players to make new memories in the club’s rivalry with Man United.

“There are a lot of memories that spring to mind of those games.

Newcastle tended in that period of time to have memorable games against most teams, to be honest, there are stand-out moments that you think back to.

It’s up to us to try to recreate those times, the attacking verve, the swagger that that team had, the flare that the individual players possessed, but then the team took that identity over.

“It’s certainly something that we’re desperate to do, but we’re going to need a little bit of time to see that.

At the moment, we’re still progressing and we have to get the defensive side of our game right before we transition into the team that we all want to be.”

“He’s one of the culture-change managers, I’d say, who has brought in a lot of new ideas that a lot of people have followed, a definite pioneer of the game.

“He’s someone I’ve had a couple of conversations with over the years and someone I highly respect and admire.

“He’ll bring in his own way of playing – I’ve already seen that in the two games that they’ve had – and they’re starting to mirror him and his personality, so I would expect a very tough game.

“I’ve got a lot of resect for Ralf and his work.”