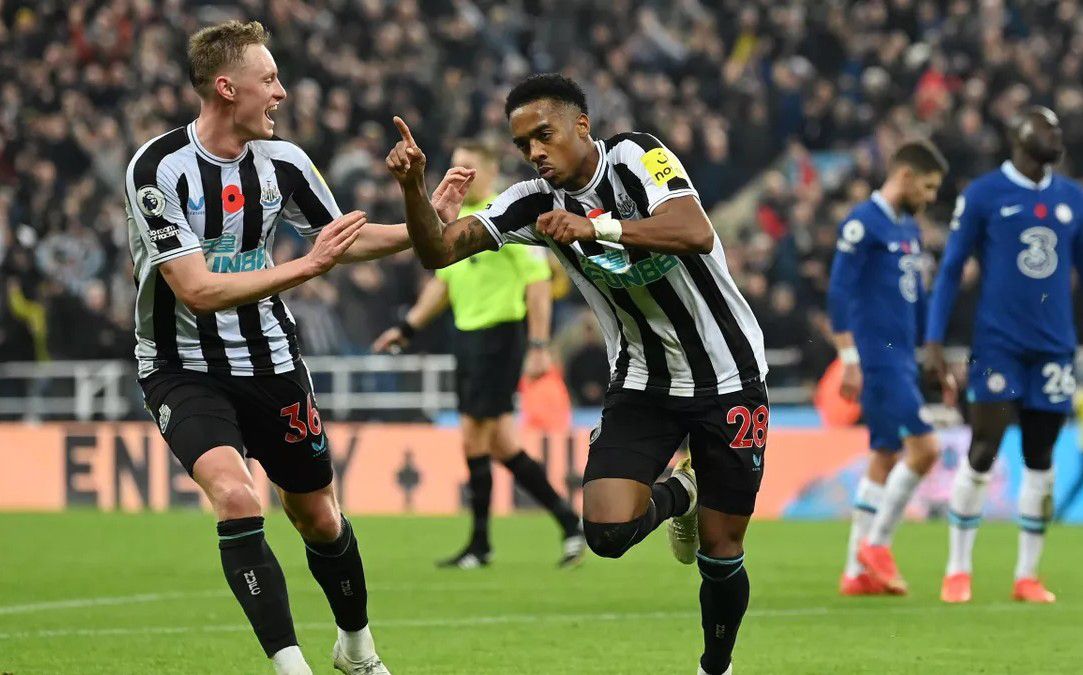 Newcastle defeat Chelsea 1-0 at St. James’ Park – a result which put the Magpies back in third in the Premier League ahead of the break for the 2022 FIFA World Cup.

Chelsea were forced to make an early substitution in the seventh minute, as a calf issue forced Ruben Loftus-Cheek off for Thiago Silva.

It was a lethargic first half that had little flow, but Newcastle were on top for most of the opening 45.

Their press was relentless, suffocating Chelsea to the middle of the pitch.

The home side found joy on the flanks, but their final passes into the box were poor.

In the first half, Eddie Howe’s men crossed 10 times from open play, but only one of those crosses got on the end of a Newcastle player.

In the dying minutes of the half, the home side felt that they deserved a penalty after Dan Burns’ cross was brushed by Trevor Chalobah’s arm,

but the referee and the VAR team deemed that the defender had no choice but to use his arm out to support himself as he slid on the pitch to make the block.

Graham Potter deemed that Chelsea needed a change at half-time, opting to bring on Christian Pulisic for Cesar Azpilicueta, pushing Conor Gallagher to the right-wing back role.

The home team continued to push in the second half, and they were rewarded for their efforts in the 67th minute.

Almiron received the ball out wide on the right and took the ball inwards.

He took a touch too heavy on the edge of the area, straight in the path of Willock, who passed in a powerful shot past Edouard Mendy and into the back of the net.

Potter then made a triple change, bringing on Marc Cucurella, Kai Havertz, and Hakim Ziyech,

and while the visitors saw more of the ball in the last quarter of the match, they were unable to make it count.