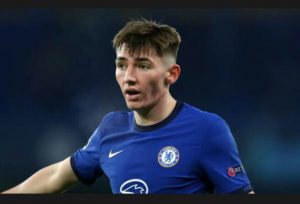 The Chelsea young star chose to spend the season on loan at the Championship winners with the hopes to play regularly.
Billy Gilmour states he snubbed interest from other teams to join Norwich because the team’s playing style suits him.
The Scotland international says he was convinced to make the switch to the Canaries after talks with coach Daniel Farke.

“I had some options but for me Norwich was first choice. I came here, spoke to the boss, and everything he said sounded really good, the way he wants to play, the way he sees me fitting in,”
“That was what made my choice easier to come to Norwich. “Norwich play football that suits my style, playing out from the back and wanting to keep the ball. For me, this was the perfect opportunity. This is my kind of style of play where I want to play out, get on the ball and make things happen.

“When I was speaking to the boss, he was just saying that he sees me in this position in midfield or he sees me in that position in midfield, it just depends on the formation. He has been really good with me and I am learning under him every day.”
The former Rangers youth player is hoping for regular playing time in the English top-flight to help him develop, adding: “I think the most times that I would play for Chelsea was two games in a row.

“I had to come out and get more experience of first-team football. I need regular football to develop. If I am playing week in and week out I will become stronger, sharper, I will become more aware.”