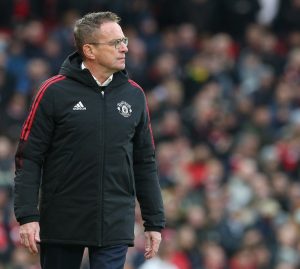 Ralf Rangnick will take his Manchester United side to the Premier League’s bottom club Norwich on Saturday evening.

Rangnick’s side won 1-0 at home to Crystal Palace last weekend to move up to sixth in the table.

They will now make the trip to Norwich with Dean Smith and co at the foot of the table.

The Canaries lost 3-0 to Tottenham last time out and are in desperate need of points going into the festive period.

But United have a great record against Norwich having won eight of their last nine meetings.

The Premier League clash is set to take place on September, December 11 at Carrow Road and kick-off is scheduled for 5:30pm.

Mathias Normann could return for Norwich while Milot Rashica remains out.

Todd Cantwell is back after a COVID-related absence.

Man Utd: Aaron Wan-Bissaka is a doubt but Luke Shaw could return to league action.

Anthony Martial could miss out and Edinson Cavani, Paul Pogba and Raphael Varane remain on the sidelines.