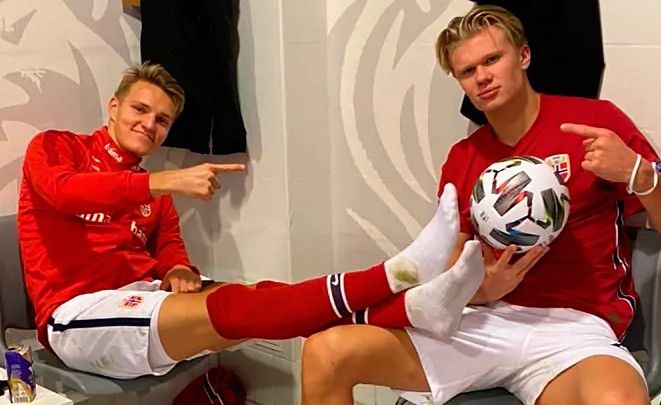 Martin Odegaard has confirmed that Erling Haaland has asked him about life at Real Madrid amid the intense speculation regarding the striker’s future.

Manchester City are currently believed to be leading the race for the Borussia Dortmund star’s signature, with Real Madrid, Barcelona and Manchester United all in contention too.

However, Odegaard hinted that his international teammate is keeping a close eye on Real Madrid’s interest in him.

“We are good friends so we talk about lots of things, like when I was [at Real Madrid].”

“So yeah, we talked about [Real Madrid], but it’s not anything special.”

Meanwhile, Norway coach Stale Solbakken has suggested that Haaland will be protected from the media storm so that he can focus on the friendlies against Slovakia and Armenia.

Sollbakken said, as reported by Sport1.

“Every word and every sentence he says would be twisted, and the translation would certainly be a bit speculative,”

“I don’t want to pretend that it’s not a problem – because it is.”