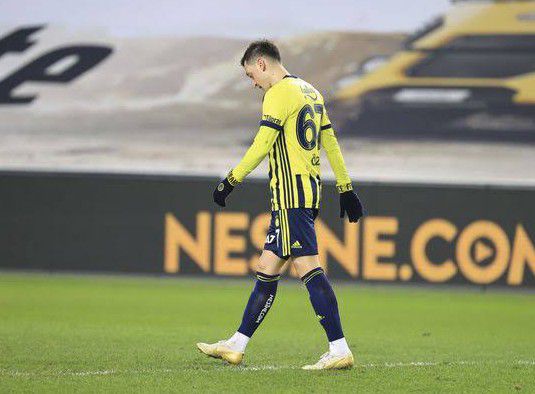 Fenerbahce have confirmed that Mesut Ozil and Ozan Tufan have both been banished from the first team until further notice.

Ozil found himself in exile at Arsenal under Mikel Arteta before sealing his long-awaited switch to Turkey in January 2021.

Since moving to Fenerbahce, Ozil has not really had the desired impact.

He has battled a handful of minor injuries which have restricted him to 37 appearances, nine goals and three assists.

It could be a while until Ozil gets the chance to add to that tally as Fenerbahce released a wonderfully cryptic statement saying:

“Our Football A Team players Mesut Ozil and Ozan Tufan were excluded from the squad as per the decision taken.”

The ‘decision taken’ is still a bit of a mystery, but a bit of digging around the Turkish press reveals that,

Ozil had himself a good old-fashioned bust up with manager Ismail Kartal, who only joined the club in January.

It all started after the recent 2-1 win over Konyaspor.

Ozil started the match as captain but was withdrawn at half time with the team trailing 1-0.

According to Aksam, he wasn’t impressed.

After the match, Ozil confronted Kartal, asking him why he was withdrawn so early.

The former Arsenal man insisted he was trying to help the team and is said to have been furious with his manager,

with whom he has not seen eye to eye ever since he arrived.

Kartal went straight to the board and accused the pair of lacking professionalism,

insisting they should not be challenging him publicly straight after a victory which, he claimed, they did not contribute to.

The Fenerbahce board agreed and accepted that Ozil and Tufan have not been good enough to warrant that kind of reaction, and now the pair have been exiled.

There’s no suggestion as to what the future holds for Ozil and Tufan.

The former has two years left on his contract, while Tufan, who has just returned from a loan with Watford, is tied to Fenerbahce until 2023.